Shopify recently held their annual Unite conference. It’s something we always look forward to and are always excited to see what goodies are going to be released for merchants and developers alike. This year was a treat for developers, but one of the main showstoppers was a release years in the making, and one which will be music to merchants’ ears!

The whole theme platform has had a major overhaul, and merchants now have full modular functionality to edit and rearrange their on-page content. This means that visually, it’s easier to view your page’s content in one go and make any layout changes required.

Previously, a page’s individual sections were displayed in a simple, text-based list, but with just the simple enhancement of displaying a thumbnail of the content within each block, Shopify have really improved the end-user experience. This beats the trial-and-error of finding the correct section to edit, speeding up the whole content editing process.

One of the main flaws for merchants using Shopify is not having the functionality to be able to build a landing page easily, and it usually took some intervention and coding from a developer to be able to create a page builder experience.

This year, Shopify have taken issues relating to the underlying theme structure and created the ability to use “Sections Everywhere”. With some tweaks (on older builds), merchants can now create templates and have access to their whole library of section blocks to build smart, media-rich, content-driven pages. This will save merchants’ time and money, but also empower copywriters to add dynamic blocks to their stores.

We can now control apps that are present on your page within a block right from the theme editor! Previously, if you wanted to make any changes to an app (such as turning on and off features, rearranging a layout or make style changes) you would have to go into Shopify’s Apps section, access the app itself and then make adjustments. Now, app developers have the power to utilise this feature within the editor, so merchants can see changes on-the-fly.

Dawn of an optimised theme for Online Store 2.0.

Dawn is Shopify’s first theme that utilises the new features of Online Store 2.0, optimised for performance and built using modular components. Each of Dawn’s components will have its own structure, settings, styles and scripts, adopting a “Javascript only when needed” approach so it can better leverage native features of modern web browsers (such as not using a common lazy load script when a browser supports this natively). Dawn promises to be 35% faster than their previous standard theme and is freely available for developers to fork – perfect as a great starting point for developers creating their own themes!

Unsurprisingly, Shopify let some developers have early access to Dawn, and one of the lucky companies was Netflix, who built their brand new eCommerce store on the Dawn architecture. 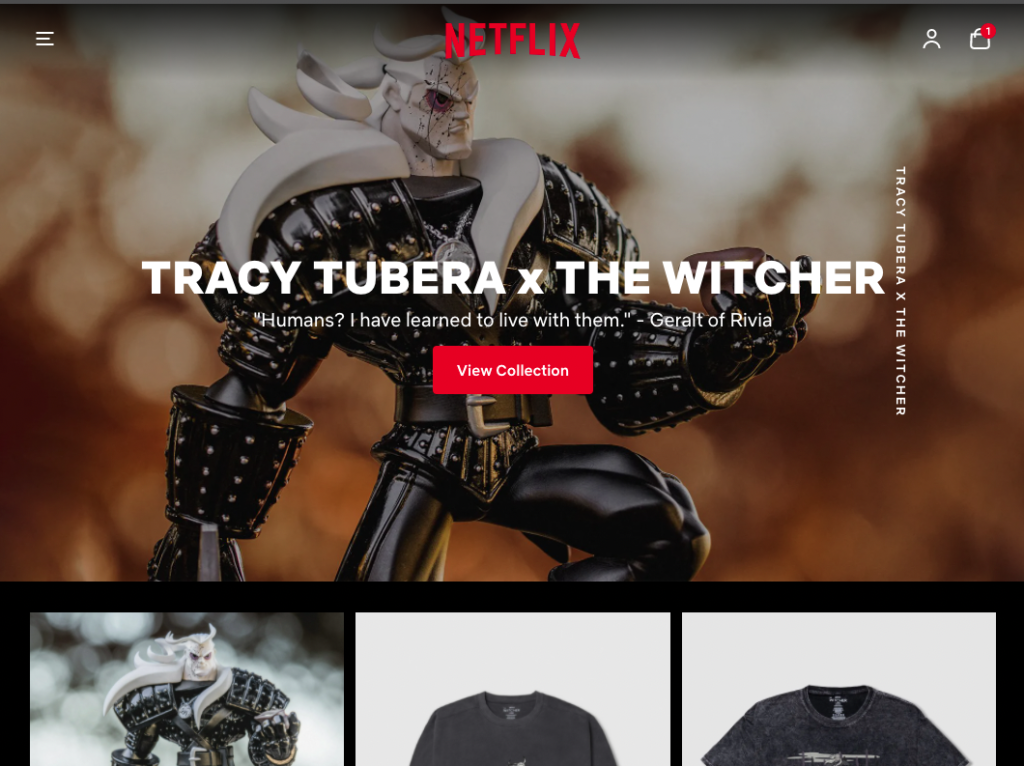 Developers will be able to submit their Dawn-inspired themes when Shopify’s theme store opens its doors to new submissions from 15th July.

Content will get an upgrade, meaning you will now be able to create content types once and publish to all channels. Shopify plan to work with content management platforms to utilise this new feature. 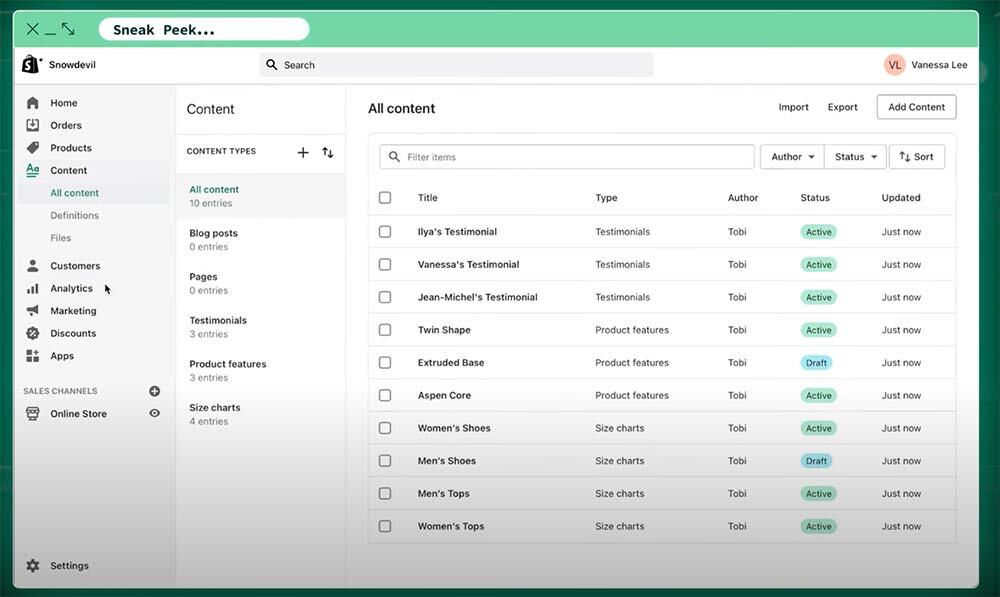 The API has always been one of Shopify’s big strengths, but Shopify has also treated developers to a range of integrations and tools to make it easier to develop on, and outside of, the platform:

Theme development and maintenance will be easier to track and manage. By connecting your GitHub user account or organisation to an online store, changes are both pushed and pulled to a GitHub repo that is always in-sync with the current state of selected themes.

Theme Check is a language server for Liquid and JSON that scans themes for errors and highlights Shopify theme and Liquid best practices. Perfect to help catch those hidden bugs before it’s too late!

This year’s Shopify Unite was a treat for merchants and developers alike, and we’re excited to see how these announcements push the future of Shopify forward over the next 12 months and beyond. If you’d like to find out more about these or some of the other features announced by Shopify this year, head on over to the Shopify blog or YouTube channel, where you can experience the whole event for yourself.

We use cookies on our website to give you the most relevant experience by remembering your preferences and repeat visits. By clicking “Accept”, you consent to the use of ALL the cookies. However you may visit Cookie Settings to provide a controlled consent.
Cookie settingsACCEPT
Manage consent

This website uses cookies to improve your experience while you navigate through the website. Out of these cookies, the cookies that are categorized as necessary are stored on your browser as they are essential for the working of basic functionalities of the website. We also use third-party cookies that help us analyze and understand how you use this website. These cookies will be stored in your browser only with your consent. You also have the option to opt-out of these cookies. But opting out of some of these cookies may have an effect on your browsing experience.
Necessary Always Enabled
Necessary cookies are absolutely essential for the website to function properly. These cookies ensure basic functionalities and security features of the website, anonymously.
Functional
Functional cookies help to perform certain functionalities like sharing the content of the website on social media platforms, collect feedbacks, and other third-party features.
Performance
Performance cookies are used to understand and analyze the key performance indexes of the website which helps in delivering a better user experience for the visitors.
Analytics
Analytical cookies are used to understand how visitors interact with the website. These cookies help provide information on metrics the number of visitors, bounce rate, traffic source, etc.
Advertisement
Advertisement cookies are used to provide visitors with relevant ads and marketing campaigns. These cookies track visitors across websites and collect information to provide customized ads.
Others
Other uncategorized cookies are those that are being analyzed and have not been classified into a category as yet.
Save & Accept
Powered by